In the years since it's formation the club has gained the admiration and respect of many people by it's positive involvement within the community and for it's development of Lacrosse as a sport. Only Professor William Henry Bragg played lacrosse for the club. He also played a leading part in introducing lacrosse to South Australia, and there exists an excellent photograph of the North Adelaide team, taken soon after his arrival in Adelaide and which he captained for some years. He also played for the first lacrosse club in South Australia - the Adelaide LC.

Alfred Bertram-Cox was in the Guiness Book of Records as the person who had travelled to the most countries in the world - 200 of the then 203 possible in 1989. He was our club Secretary in 1923 and played 101 games for NALC.

The Adelaide Oval Grandstand was named after Mostyn G Evan - his son changed his name to Evans as he got sick of the confusion.

The club's history is one of innovation and dedication, some highlights of which have been:

Throughout the years a number of prominent people have been members of the North Adelaide lacrosse club:

The club has over the years used a number of grounds including The North Parklands, Adelaide Oval, Adelaide Oval No 2, the Parklands at Medindie, Charles Cane Reserve Prospect, Levi Park Reserve, Vale Park, St Albans Reserve Clearview and since 1972 Gepps Cross Reserve. The club has won premierships in League, Reserves and B Grade on none other than 17 occasions. 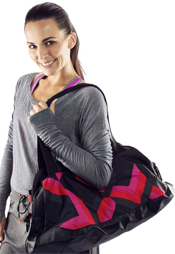